Grab your free copy of my 12 chapter guide to Micro SaaS before I change my mind. Read it anytime, anywhere at your leisure.

Interested in building Micro SaaS apps that compound over time that consistently bring you recurring income each and every month?

Come join the group of developers figuring out they're worth so much more than a paycheck!

NO FLUFF. NO “RAH-RAH”. NO SPAM. JUST ACTIONABLE CONTENT.

The Micro SaaS Handbook is making its way over to your inbox.

If you don't see an email from me in there in a few minutes then please check your spam folder as it might have landed in there accidentally! 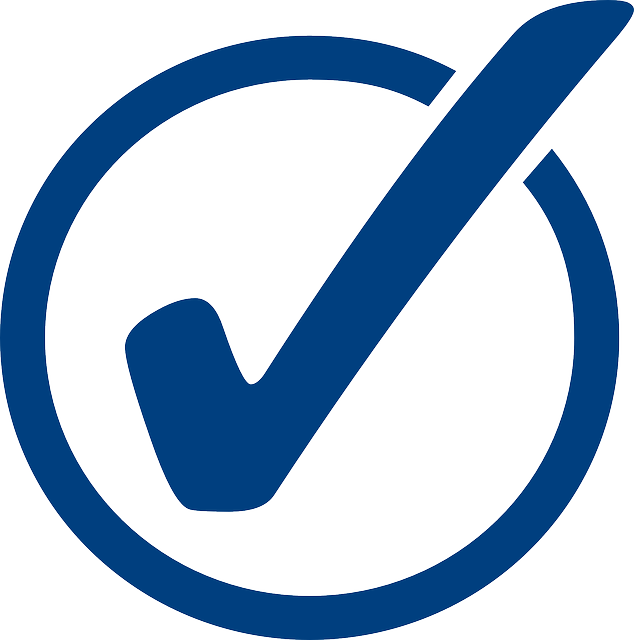 
This site doesn't support Internet Explorer. Please use a modern browser like Chrome, Firefox or Edge.

By now, hopefully you’ve selected a target niche and you’re looking at possible app ideas for that niche. Let’s dive into some of the characteristics of a great Micro SaaS app idea.

We’ll be covering the following attributes of a solid micro SaaS app idea:

Whilst it is possible to create something that improves people’s lives, you’ll have far more interest in your app if it is actually fixing a painful problem that the users are experiencing. These problems need to be genuine problems that are in dire need of a solution, rather than temporary irritations.

Don’t Create A Solution That’s Looking For A Problem

Always start with the problem, rather than the solution. Whilst it’s tempting to create something that just popped into your mind, it’s likely that you’ll fall head over heels in love with the idea and simply have your blinkers on.

You’ll tell yourself that it’s a wonderful idea, maybe even “the one!”. In reality, when you start with a solution in mind rather than a problem in mind, it’s likely you’ll find it difficult to attract an audience seeing as nobody is searching for a fix for a non-existent problem. You’ll be wasting your time trying to convince people that they need it in their lives.

Building a Micro SaaS app without focussing on a specific problem for a targeted audience will vastly reduce your chances of success.

This is one of the big issues for products that launch on Product Hunt - many of these apps are solutions in search of a problem and launch in search of a user base that may or may not exist.

An example of a solution searching for a problem

The majority of Micro SaaS apps are created to overcome a problem that the founder is experiencing themselves.

This was true in my case too. I created my first app when I was trying to upload designs using the Merch By Amazon UI.

At the time, you could only edit one product at a time, there was no way to open another product in a new tab. Being constrained to one tab like this felt like a full-on violation to my rights as a modern day user of the internet 😂. I also saw others complaining about this on the Merch forums and Facebook groups.

Within a weekend, I’d created my first chrome extension - Merch Batch Editor. It was a super simple and incredibly ugly chrome extension, but users responded really well to it. I set a one-off price of $12.99 for this app. But, even with the low price, I had very low expectations that anyone would want to buy it. After all, I wasn’t going to run any ads to it, just rely on organic traffic methods.

However, I was soon proved wrong as this super-basic tool made me over $3,000!

This small app was the building block to my bigger chrome extensions and helped me earn the trust of the users and build a reputation in the community as a trustworthy app developer.


Fixing a problem your customers have

Another reason to create a Micro SaaS app is to fix a problem your clients/customers are experiencing. It could be that in your full-time job or freelance work that you see a recurring problem for which there isn’t a viable solution yet.

Is there a way you could create something that plugs in the gap?

Just remember though, if you don’t like the industry/clients you service in your day job/freelance work, then it may not be the best fit for you.

For me, when I was working in my full-time job as Technical Director of an Insurance Software business, I could see plenty of gaps in the market for some Micro SaaS apps.

But, the problem was that after 10 years of working in that same industry, I couldn’t think of anything worse than building more software for insurance brokers 🥱

It’s within your (attainable) skillset

Is your app idea something that you can build with your current skillset? If not, you’ll need to factor in how much time you need to allocate to training up in the required technologies before you can even start building your app.

Building an app in the Augmented Reality space would be super cool. But, if you’re going to burn all your energy/time just getting to the start line, it’s a non-starter.

Also, bear in mind that if you plan on using new technologies to create your first app, it’s likely that your app is not going to follow best practice for those technologies.

After all, you’ll likely be gluing together code from tutorials and fixes from StackOverflow just to get the thing up and running. It’ll take some time before you’re capable of creating apps in these technologies using the best possible practices.

In my case, my 20 years of server-side coding skills (ASP .Net, C#, SQL Server) didn’t help me much when it came to developing my first chrome extension using Javascript/CSS/HTML.

However, these skills were fairly easily attainable, and within a few months I was up to speed. That said, it still took a year or two to really get into the best practices for developing chrome extensions.

The Problem Should be Evergreen

Can you imagine people searching for possible solutions on Google/YouTube for this problem year round? If not, then it’s unlikely you’ll have a steady stream of potential customers finding your app’s website.

The problem you’re solving should be a long-term, constant pain for your user base. You don’t want to fix a problem that is seasonal or only going to be around for a short period of time.

There is one exception to this rule though. This is when you’re creating a quick app to fix a short term problem so you can gain trust in the community and obtain leads for your longer term app idea. a

This is what happened with my first app, Merch Batch Editor, which I mentioned earlier. It fixed a short term problem that was only around for about 12 months.

It only took a weekend to throw together and whilst it made me $3,000, more importantly it gave me 250+ emails of highly targeted niche users that proved they’re happy to buy tools that help them fix their problems.

During the launch of my next app in this niche, I was able to email all of these people with a discounted offer and kickstart my app’s user base.

In an ideal world, your app should stand alone without relying on other systems and businesses. At least, you’ll want to minimise your dependency on other businesses. I’m not saying don’t integrate with anybody else’s APIs, just be mindful of the foundations that you’re building your app on.

For example, if you’re building a custom Shopify app, then you have a strong reliance on Shopify continuing to grow its customer base so you have a steady stream of potential new customers.

In Shopify’s case, you’ll probably be fine but imagine if you went all-in on building an app for SnapChat only to see your user base heading for the doors in their droves due to a SnapChat UI update!

You need to map out all the systems your app will rely on and look at the level of risk associated with each one. Then, create a contingency plan for what you’d do if one of them went out of business.

For example, my chrome extensions have a strong reliance on Airtable to store the users’ data (in their own private Airtable bases). In the unlikely event that Airtable went bust, I had a backup plan to swap out Airtable for Google Sheets instead. It wouldn’t be quite as powerful as Airtable, but it would certainly work as a backup.

In case you landed on this page directly from a search engine, then you’re reading chapter 5 of my 12 part guide to Micro SaaS.

Download the entire 12 chapter guide as a PDF eBook for free so you can read it where you want, when you want.

As you can see above, it’s critical that your app isn’t just simply some software that you fancy building. Instead, it really must revolve around fixing a painful problem that a niche group of users are experiencing and will likely still be experiencing for the foreseeable future.

Finally, you’ll need to consider the foundations you’re building your app on and from a technical perspective, whether it’s within your attainable skillset.

Next, let’s get on to the exciting step of actually generating great Micro SaaS ideas.